Loosening the brick wall surrounding an ancestor can involve drilling pretty deeply.  A case in point is the study I've made of some records in Lafayette, Tippecanoe County, Indiana, for more clues on my ancestor Allen Ives.
The Records of the First Presbyterian Church of Lafayette, IN, 1828-1914 are available on FHC film #877704. The only reason I viewed this film, is that it covered the early period of time I was interested in, and I wanted to see what might turn up with careful study.  This is often the case with any library materials, you generally have no idea exactly what to find within a book or microfilm until you devote some time to it.  And by that, I mean more than just flipping through the index at the back for ancestral surnames!
In this instance, I found images of the original, handwritten records on the film.  While not indexed or easy to read, the source gave a wealth of information including names, locations, and what topics were important.  Here are some notes I made while reading:

Lengthy action taken against Hugh M. King, guilty of un-Christian conduct:  "irreverent and foul language, visiting the groceries and of using ardent spirits to excess, guilty of breach of the Sabbath by visiting the groceries and associating with loose company on this holy day, speaking disrespectfully of the church of which he is a member and of some of its members." 1831

1834  The case of Martha Cochran was taken up, being charged with fornication, and having herself confessed it and its becoming clearly evident by the birth of a child.
"...to be suspended from the privileges of the church...and she is hereby suspended.  But while she is thus suspended she is not to be regarded as cut off, but is to be watched over and admonished and prayed for that she may be led to true repentance and to the enjoyment of the favour of God."  (Reinstated in 1835.)

I stopped studying the film after I knew my ancestors had left the community.  Did I ever find mention of the name Ives?  No.  However, I thoroughly enjoyed gaining a rich insight into how the people of the community felt about certain issues during that early period, who might have been related to whom, and where some of the residents had come from.   Perhaps these will be useful clues for further study down the road. 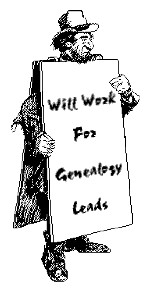