Did You Lose Someone? Joseph Webb of Marblehead & Myre Wyatt of Kent County, Delaware 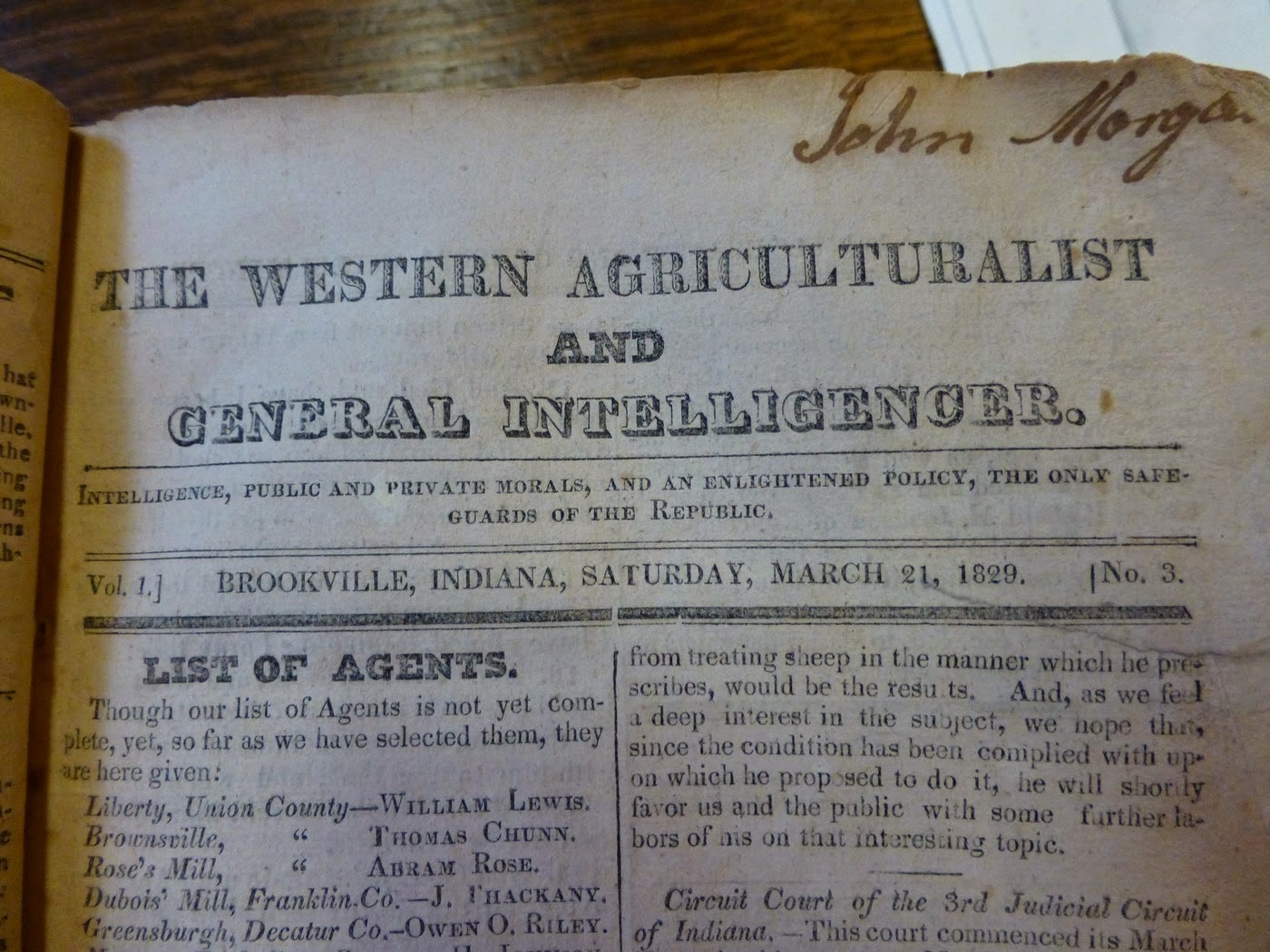 Clues to the origins of our ancestors sometimes lie buried within the pages of early-day local newspapers.  The problem is finding surviving copies, and teasing out the information, which may be sprinkled randomly throughout the stories of the day.  The process of optical character recognition may not correctly interpret faded or uneven printing, assuming the material has even been digitized.
In sharing these two examples, I hope to offer someone a means of taking their research back to an earlier location.  Or, in the case of someone attempting to discover what became of their east coast connections who disappeared, a clue to where they may have ended up.  The materials were discovered while researching in two areas of the Indiana State Library http://www.in.gov/library/.  The first item was in a book of original newspaper issues in the rare book section, the second is a microfilmed copy.  Note that these are among the earliest available newspapers for that area and time frame.
The Saturday, March 21, 1829 issue of the Western Agriculturalist & General Intelligencer newspaper, was published in Brookville, Franklin County, Indiana.  It carries the story of Joseph Webb, who committed suicide at the age of 57.  It states that he was a native of Marblehead, MA, and a former resident of Salem.  He’d been in the area where he died for about a year.  At his burial, he was attended by his son and son-in-law.
The second example is even earlier, published in the Indianapolis Gazette during the month of June, 1822.  A notice is submitted by Henry Hill (perhaps an attorney?), seeking the whereabouts of Myre Wyatt of Kent County, Delaware.  Mr. Wyatt hadn’t been heard of in twelve years, last thought to have been in the area of Dayton, Ohio.  Information would “confer a particular favor on his kinsman.”  This seems rather optimistic, given the amount of time that had passed, but certainly fascinating!
Intrigued, I did some digging of my own.  The index on Ancestry.com lists nine heads of household with the last name Wyatt in the 1800 census for Kent County, Delaware.   I did a two minute Google search for a Joseph Webb of Marblehead, and found it interesting that this source mentions a Joseph Webb fitting the time frame, who dropped off the grid:  http://www.webbdnaproject.org/resources/WSDP%20WEBB%20BULLETIN%20Vol%202%20Issue%209.pdf.  His biography begins on page 12 of the document, and makes the following statement:  “No record of the death of Capt. Joseph Webb has been found.  Despite having descendants who lived as recently as the early 1900’s, he appears to have no living Webb Y-DNA descendants.”  Or maybe he does! 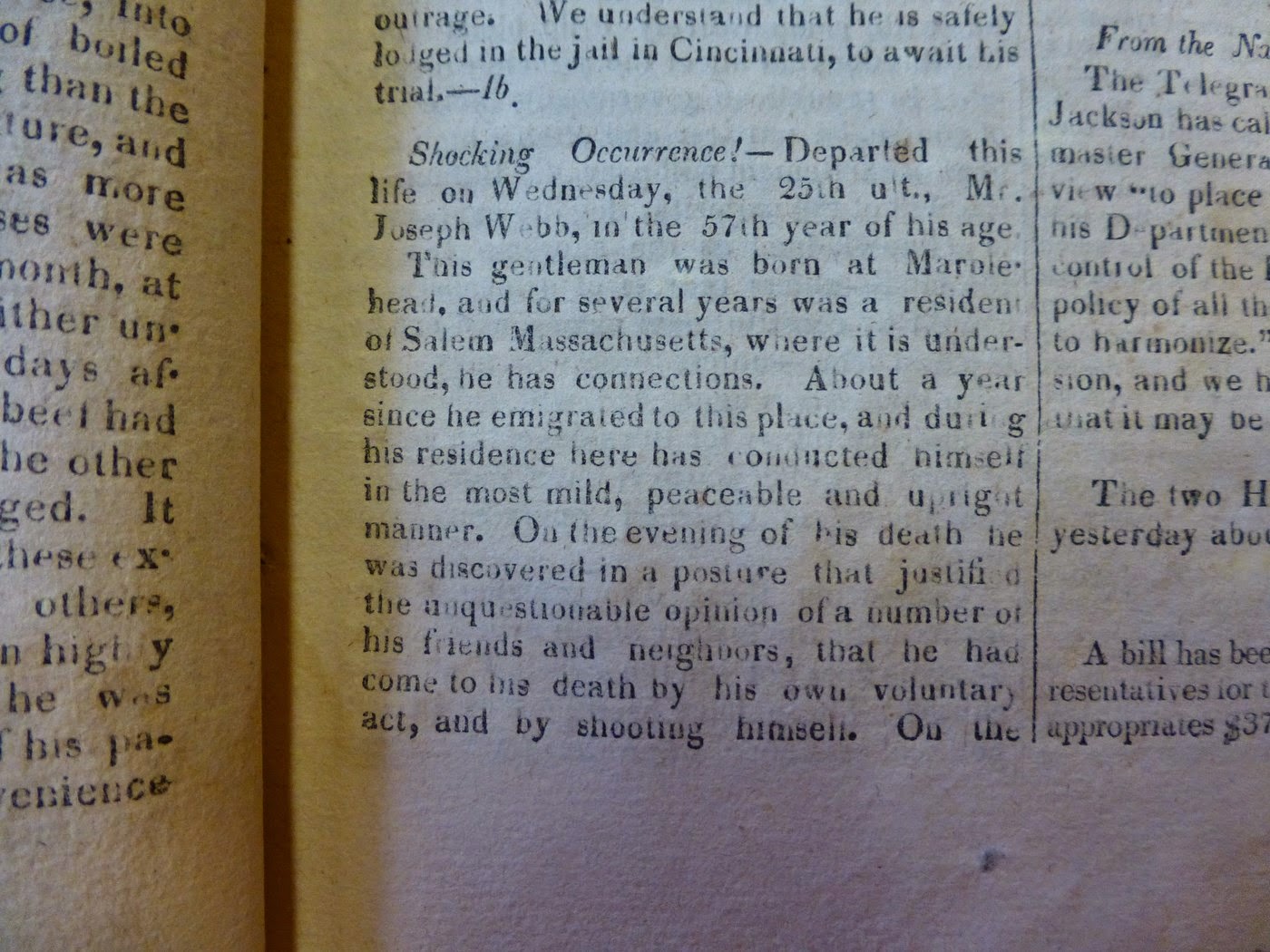